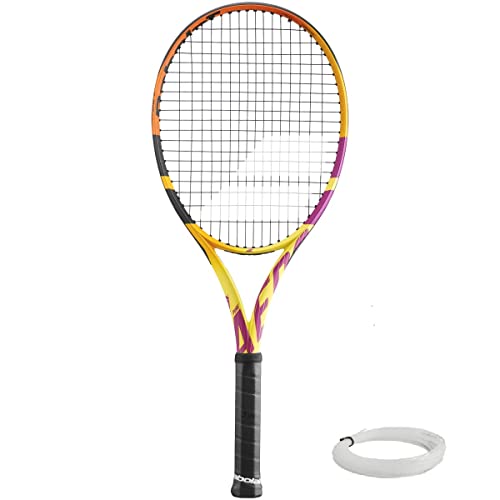 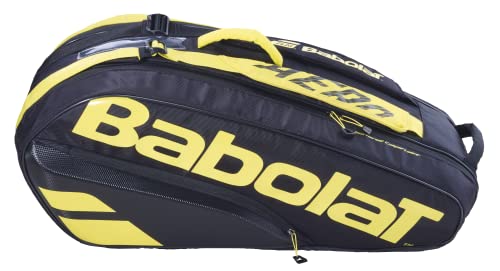 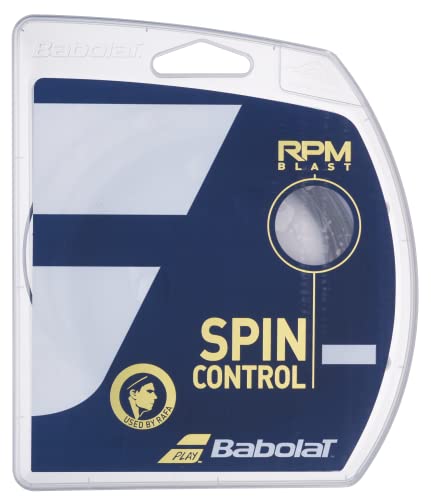 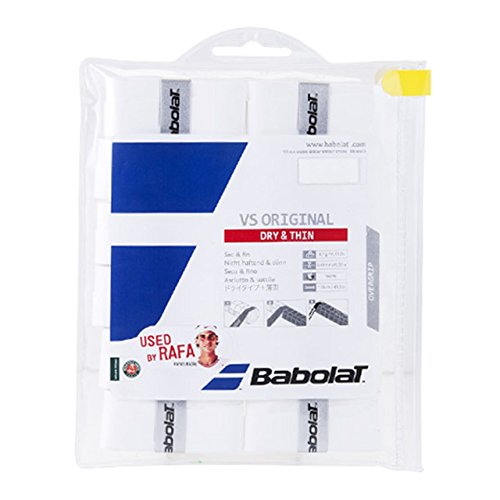 What height is Rafael Nadal?

How much does Rafael Nadal weigh?

What racket does Rafael Nadal use?

Rafael Nadal uses a modified version, so called pro stock version, of the Babolat Pure Aero, namely the Babolat AeroPro Drive Original. Nadal has been using this frame since 2004 and it has been only slightly modified in recent years.

Before 2004, as a junior and beginning pro, he was using a modified version of the Babolat Pure Drive.

What grip size does Rafael Nadal have?

What overgrip does Rafael Nadal use?

What replacement grip does Rafael Nadal use?

Though Rafael has made minor charges to his rackets over the years, his current setup weighs 343 grams.

Does Rafael Nadal use lead tape?

Yes, Rafael Nadal uses lead tape at the 1 ”o clock and 11 ‘o clock positions, but normally you won’t see this because it is hidden behind his bumperguard. He uses lead tapes at these specific positions to allow for hitting the ball slightly higher on his stringbed while still maintaining a balanced frame. This in turn, allows for more spin variation in his strokes.

How much is Rafael Nadal’s racket?

This is actually a tricky question to answer as Rafael Nadal uses a customized Babolat AeroPro Drive (2004/2005). So there is the ‘base’ cost of that frame and there the added cost of customizing it.

Has Rafael Nadal ever smashed a racket?

No, Rafael Nadal has never smashed a racket in competive play or matches that have been recorded. Being asked on this topic, Nadal has joked: “I only need one racket to play”. This has much to do with values of respect for the game instilled by his family and surroundings growing up and of course, his uncle Toni Nadal.

How many rackets does Rafael Nadal use in a match?

On Babolat’s website Rafael Nadal explains that he always carries 6 rackets with him in his bag. He numbers them so he’ll know the exact order of the ones he has already has being using. He also explaines that he normally plays with the rackets he already has played with a bit during training time.

What string does Rafael Nadal use?

Since 2010 Rafael Nadal has been playing with the 1.35mm version of the Babolat RPM Blast.

What shoes does Rafael Nadal wear?

Hi everybody, nice to meet you here. I'm Bob and the proud owner of racketstringers.com and this blog. I'm a passionate, but only slightly talented tennis player and a professional, ERSA-certified racket stringer.

Do you want to learn how to string and earn some extra money? Then we want to work together with you.

Interested and want to know more? Drop us a message via info@racketstringers.com as soon as possible!

Are you passionate about tennis, badminton or squash and writing? Do you want to earn some extra money? Then we want to work together with you.

Interested and want to know more? Drop us a message via info@racketstringers.com as soon as possible!

As an Amazon Associate racketstringers.com earns from qualifying purchases. This website also participates in affiliate programs with ShareASale and other sites. Racketstringers.com is compensated for referring traffic and business to these companies.

We think getting a new string for your racket can be done easier and faster. Buy your favourite products, choose your preferred service level and select local pickup or delivery. It's that easy!